After Nigeria, Senegal is the largest producer of peanuts with more than 1.3 million tonnes each year generating more than 350,000 tonnes of waste shells. In Senegal, it is estimated that 70% of Senegalese households resort to charcoal for domestic-cooking needs, with the annual consumption of wood-derived charcoal being around 360,000 tonnes, placing significant pressure on forest resources. 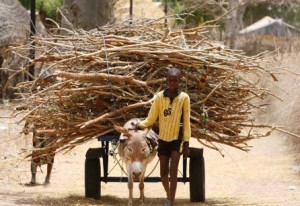 In general, other initiatives of biomass charcoal production remain at a rather artisanal level (e.g. BRADES in Saint Louis, and Typha-based Pronatura charcoal in the northern River of Senegal). These artisanal processes tend to generate a product either not dense enough, or mixed with clay, making it unsuitable for domestic use.

Our Project aims to produce high-density briquettes (from 180kg/m3 to 1200kg/m3) using a string of screw extruders, which are then carbonised in furnaces. This is a batch combustion process with temperatures between 500-600 °C, and with pyrolysis gases being reused to feed the process. This produces a high-quality charcoal that can fully replace a more traditional, wood-derived product. 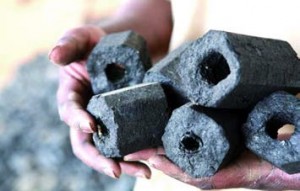 The process is aimed at producing about 22.4 tonnes of briquettes per day (approximately 6451 tonnes per year) corresponding to 1612 tonnes of charcoal. Novasen produces around 1800 tonnes/year of charcoal. The annual consumption of wood-derived charcoal is around 360,000 tonnes ~ a domestic charcoal market of about € 110 M euro each year.

Thus, there is a proven basis for peanut-derived charcoal and a sufficient market space.

The benefits of the Project include:

In addition, there is a potential of more than 200,000 tonnes of waste millet stalks (in the same locality) that could also be carbonised using the same technology. 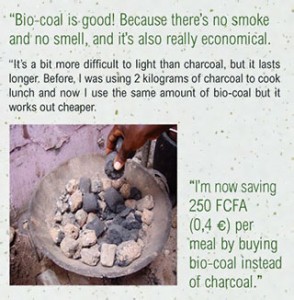 For further information or to invest in this Project please contact CarbonBrake Limited.

... an international development advisor and author specialising in a range of environmental, social, sustainability, climate change, security, resilience and other issues. He holds a University of London BSc (Botany, Geology and Zoology) and a science-based PhD. Following his degrees, he took a postdoctoral research fellowship for four years at the University of Leeds working on rare earth geochemistry in the deep ocean. He then began a career of international development around the world. He works mostly with international funding agencies and national governments and has hands-on knowledge and experience in more than 176 countries.